“Warning – Danger: Underground mine fire. Walking or driving in this area could result in serious injury or death. Dangerous gases are present. Ground is prone to sudden collapse.”

That’s the sign you would stumble upon beside Road 61, at the entrance of Centralia, Pennsylvania. Even though you’d still feel very welcome there and keep on walking or driving, it is highly unlikely that the scenery you step into would leave you unmoved.

Covered in dense foliage and vegetation, the city of Centralia is an eerie, abandoned place. Most of the houses’ doors are shut off with heavy wood planks, but some cracked open, reveal usual objects scattered across a dusty floor. The main road, slumping at some spots, is riddled with craters from which toxic gases emanate. Another portion of it – known as the Graffiti Highway – is covered with various inscriptions, including a warm welcome formula (Welcome to Hell), vaguely philosophical notes as well as lots of chalk-made colored drawings – connoisseurs of male reproductive organs will surely have fun wandering around the city.

Although the city feels like time does not rule anymore, there was a time when Centralia was booming with development and employment. Founded as ‘the Bull’s Head’ by Jonathan Faust in 1841 – an odd coincidence by the way, the similarity of his name with Johann Faust’s, a 15th-century German alchemist whose legend said he made a deal with the Devil – it really started to expand when locals understood the city’s underground mining potential. Its depths are full of anthracite coal, thus the first mines open in 1856 to provide for the Second Industrial Revolution’s appetite.

Following the impetus of the booming mining industry, local population levels are on the rise. At the time, numerous Irish immigrants, having fled their home country plagued with the Great Famine, are employed to dig in coal mines. Some of them turn their job into a struggle for decent working conditions and wages, and join a secret society – the Molly Maguires – which is also prone to using violence. Incidents and murders take place near Centralia and for the first time of its history, and darkness rises from the underground mines to the city level. Most of the local ‘Mollies’ would be arrested, convicted and hanged in the following months. Legend has it that Father Daniel Ignatius McDermott, himself victim of the Mollies’ beating, cursed the community… Interestingly, his name Ignatius comes from the Latin ignis, “fire”. 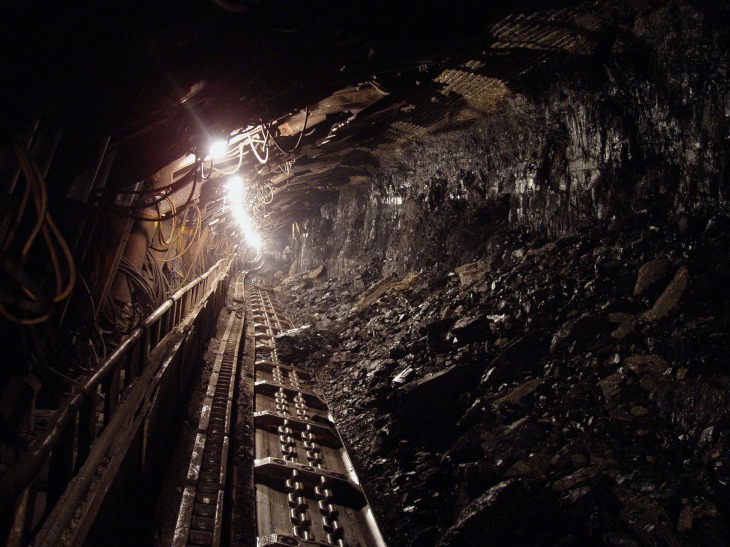 About 3,000 people live in Centralia by 1890, when the town’s mining activities are in full swing. For the time being, the city is home to no less than 7 churches, 27 saloons and 14 shops. However, as it usually does, history would step in. First deserted by men enrolled to fight in World War I, Centralia is hit by the 1929 stock market crash with full force. Activity slows down dramatically as some mines are immediately shut down. But, lurking in the darkness, illegal mining is still happening which causes several accidents, notably when the mines collapse.

On May 27, 1962, as the city prepared itself for Memorial Day, local firemen ignite a pile of junk in order to ‘clean it out’ – they must have something in common with the Soviet scientists at the Darvaza crater. Unfortunately, the garbage burns near the entrance of a mine and fire spreads underground. This is the beginning of the end for the Centralian community – Memorial Day would have been, surely, highly memorable – whose depths are eroded with burning flames that cover about fifteen square kilometers (5.8 square miles).

(This historical theory still sparks debate: it is the most widely accepted reason for the mine’s fire, told by David DeKok in his 2009 book Fire Underground. However, it does not win unanimous support; some think that the fire was caused by hot embers dropped into the mine with garbage, others that the fire was ongoing for years before in a nearby mine but that it had just been suddenly revived.)

Whatever the cause of the fire, it has spread rapidly and is still burning today – and expected to keep on for some 250 years. The underground temperature was measured at 172°F (78°C) in 1879, but the imminent danger does not prevent the Centralia inhabitants to live their daily lives. Until, two years later, a 12-year old boy falls into a 46-meter deep hole in his backyard that opens beneath his feet; fortunately for him, his 14-year old cousin helps him out, but concern now spreads – like wild fire – among the community. Congress rules for relocation and most locals move out to settle in nearby villages.

Only ten of them still live in Centralia according to a 2010 census.

Amongst the toxic, poisonous emanations of carbon dioxide, remains the memory of a chunk of American history, the symbol of the mining industry’s boom and sudden fall. Ashes to ashes; dust to dust.